Examen Rattrapage Reading Comprehension and Précis: The Ultimate Guide to Acing Your Exam

Globalization, the creation of a new world economic system dominated by huge corporations and the "G8" nations, is an idea that has its fervent supporters and its bitter opponents. For its opponents, globalization is seen as a system designed to impose the American economic model on the whole world, for the sole benefit of the USA and a few other rich countries. For its supporters, globalization is the way forward to a better world, where everyone will ultimately be better off than they are today.

Globalization is a process about which both supporters and opponents can justify some of their arguments. Yet despite the hopes of many of its critics, there is one thing about which there can no longer be any doubt. "Globalization" is not a future development that we can accept or reject; a process that has already largely taken place, and it is one from which - in all but the most catastrophic future scenarios - there can be no going back. 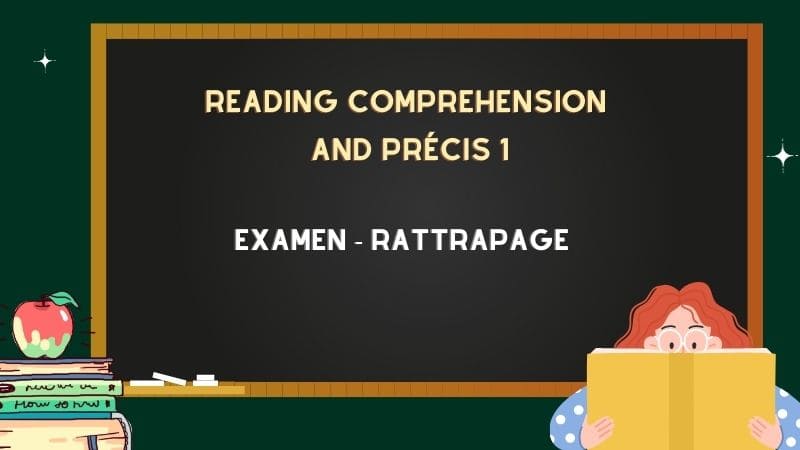 Download as PDF
The other day in Paris, I attended an international symposium on globalization that brought together politicians and economists, diplomats, academics, trade unionists and representatives of humanitarian agencies; there were speakers from Africa, Asia, Europe and the Americas, including Umberto Eco, former French foreign minister Bernard Kouchner, and Harvard economist Jeffrey Sachs. Each had his or her specific views, but there was one thing on which every speaker agreed; the fact that globalization is here to stay. In many ways, there is nothing new about globalization, a process that began to spread some three hundred years ago, when European nations and Britain in particular, developed an economic system that depended on international trade. Spices, sugar, tea and coffee were among the first commodities that were traded globally.
By 1850, Britain - the most developed nation at the time - had an economy that was dependent for its survival on global trade. Unable to feed its growing population, the country was importing 25% of its basic food, most of it from America and the British Empire; and even if Britain was at the time far ahead of other nations in the "globalization" of its economy, other countries such as France and the United States were already moving strongly in the same direction.
Without the globalization of trade, no nation would have been able to achieve its current state of development; for no nation in the world, not even the USA, can supply all its own needs in raw materials, products, or services. Over the last two centuries, thanks to this process, living standards have increased dramatically in most parts of the world. Yet this huge improvement has not benefited every nation equally, and some parts of the world where living standards have actually declined. In 1820, the difference in wealth between the people in the world's poorest nations and those in the world's richest nations

Rewrite the following sentences using your own words (3 points each)

1- Globalization is a process about which both supporters and opponents can justify some of their arguments.

2- Over the last two centuries, thanks to this process, living standards have increased dramatically in most parts of the world.

3-   This flagrant inequality resulting from globalization is unacceptable to so many people.

4-   Yet even though the first steps in this direction have already been taken, there is still a lot more to be done.

5-     The most compelling argument against globalization, in its current form, concerns the  nature of  the economic forces that are at work.

This flagrant inequality resulting from globalization is unacceptable to so many people. Nonetheless, it would be quite wrong to suggest that globalization only benefits the nations of the world that are already rich. In the last fifty years, a whole group of nations, including China and India, the world's two most populated states, have benefited massively from the advantages of globalization; not to mention oil-rich states like the Emirates or Dubai.

In the 1990s, eighteen out of twenty of the fastest growing economies in the world were in the developing world; only two were "western" countries. In the 1990s, the Chinese economy, thanks to a huge development of international trade, grew by a massive average of 10.7% per year, bringing jobs and a sharp rise in living standards to millions of people. Without globalization, where would they be?

By contrast, over the same period the economy of Switzerland, one of the world's richest nations, grew by just 0.6% per year. In the end, therefore the question is not "To globalize or not to globalize?" It is a matter of finding ways to make sure that   the   riches   of   tomorrow's   global   economy are   spread more equitably across the world.

It is not going to be easy. For instance, there is a large degree of popular consensus in developed countries that the "Third World Debt", the vicious circle of poverty that condemns some of the world's poorest countries to remain poor, is an injustice that must be set right. Yet even though the first steps in this direction have already been taken, there is still a lot more to be done.

Today, about 25% of the world's population live in countries that are benefiting very little, or not at all, from the effects of globalization - countries like Chad or Myanmar, countries that are often hard to reach and even harder to live in. Until recently, these countries were largely left to their own devices, left to sink further into poverty. There is only one feasible way of addressing this problem, and that is to involve the world's poorer countries more closely in the growing economy. It will have to happen because the consequences of failure in this matter will benefit no country.

The most compelling argument against globalization, in its current form, concerns the nature of the economic forces that are at work. Of the 100 largest players in today's world economy, 49 are nations, but 51 are multinational corporations, unelected bodies whose interests can sometimes be very different from those of the people of countries in which they operate. The task that now faces world leaders is finding the best way to control future developments, for the greatest benefit of the greatest number of people; it is also - perhaps more importantly - to do so in an environmentally sustainable way.

Choose the best word that explains the following terms: (1 point each)

Answer the following questions using your own words: (3 points each)

1-How is globalization perceived by its supporters and critics?

2- Is globalization a new phenomenon? Explain

3-   Can the process of globalization be stopped?

4-   Have the benefits of globalization benefited all countries?

5- What challenge is facing world leaders at present?